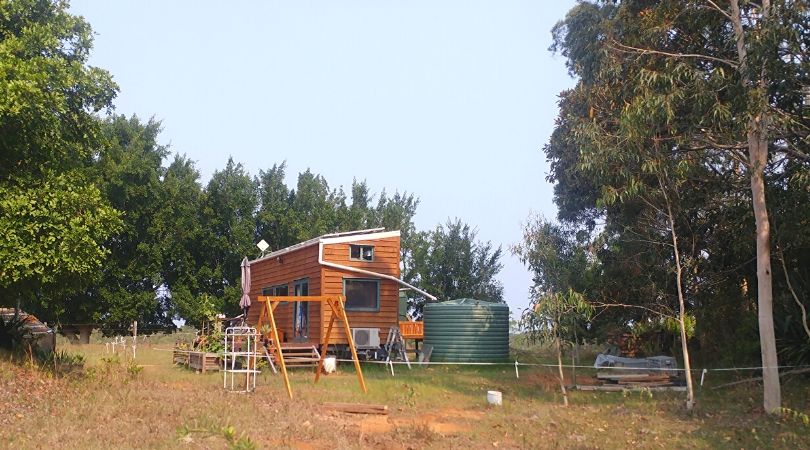 When we decided to live off-grid three years ago, we knew that we would have a rainwater tank. This much was obvious. The hardest bit was getting the size right because we found it hard to gauge our water usage. (Click the highlighted text to read the previous article about our water tank.) We eventually decided to buy a 10,000L (2641 gallons) water tank.

Now, two years later, we finally have enough data and experience to support our decision and to share an update!

For the last two years, we’ve been relying on nature to provide us with rain for our water needs. When we moved into our tiny house in January 2018, our rainwater tank was half-full thanks to some rainfall earlier. But we still didn’t know if the tank would suffice or how long a full tank would last us in case of no rain.

Two months into living in our tiny, we started recording the water level in our tank to get a better understanding of how much we’re using and gaining. Once a month, Paul measures the water level and adds the data to a spreadsheet. So let’s look at the data for the last two years!

This graph illustrates the water levels in our tank for the year 2018 minus one month since we only started collecting data in February that year (as I mentioned earlier).

Data shows that the tank was at 100% in April, and at around 90% in March, May and October. This data matches our wet season, which usually occurs between January and June (see Climate Statistics for Australia). Looking at September, October and November, it seems that we had a rainy spring that year.

The tank was at its lowest in August with 73%, which is astonishing. Overall the water level in our tank was balanced with no significant fluctuations.

The graph for 2019 describes a different scenario. The year started with a low tank in January, February and March with water levels between 46 – 62%. There seems to be a significant dip between Dec 2018 to Jan 2019 with water levels dropping by 26%.

Our tank was at 100% in June and at 90% in April and July. These numbers show that we had a wet autumn and winter season. Tank levels decreased gradually from 85% in August down to 39% in December, which was an all-time low.

What did we learn from this?

Looking at the graphs, we experienced two very different years in terms of rainwater gain. In 2018, we had more steady rainfall throughout the year. There were no significant lows, and our tank was pretty much full all year round. In 2019, however, longer dry spells and periods without rain left us with low tank levels for consecutive months of the year.

We learned that a 10,000L is big enough for the two of us (and the cat). When at 100%, the water tank lasts us for around three months, even without rain.

But probably the most important take away is that we treat water as the precious resource that it is and don’t waste it. We calculated that we use about 1200L (317 gallons) of water per month which is pretty low. Even our wast water (greywater) gets a second use as we run it through a reed bed filtration system and use it on the garden. 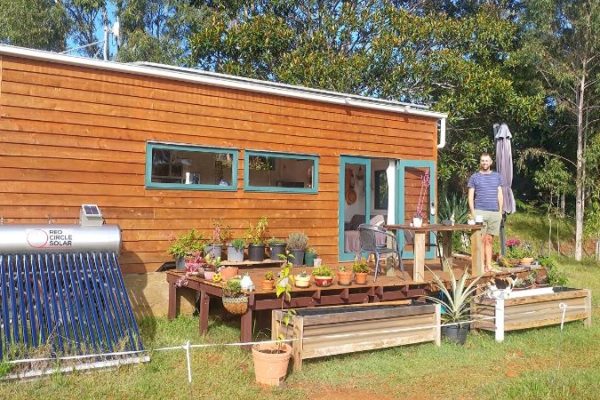 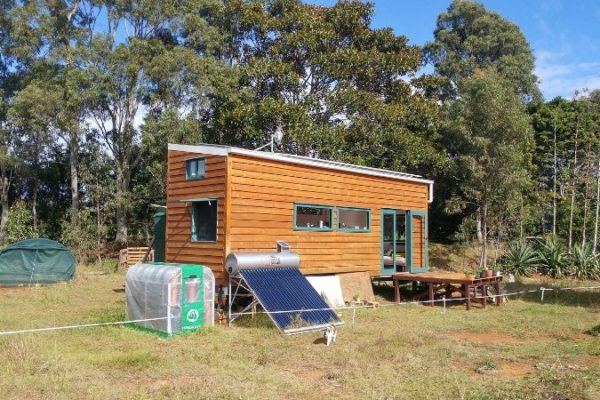 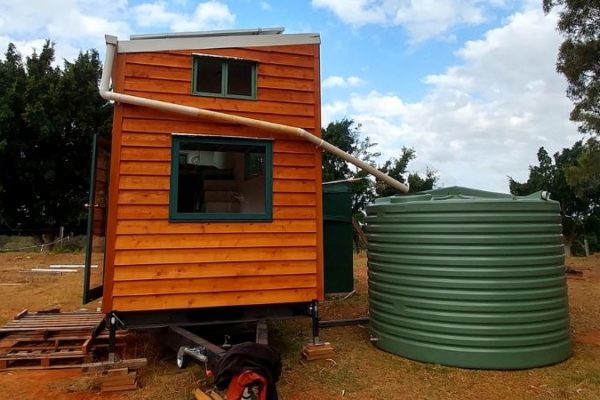 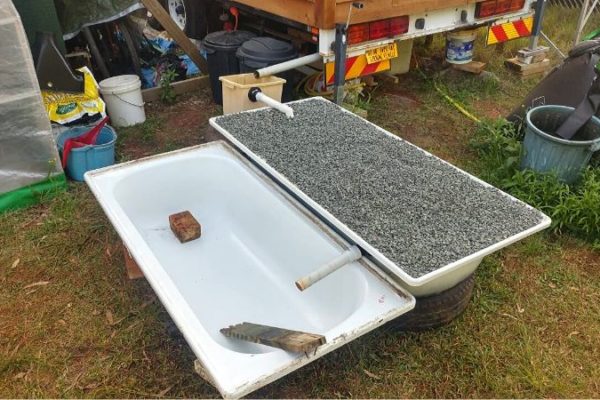